The American Prohibition Museum in Savannah tells the story of the tumultuous 13 years of American history, from the passage of the 18th Amendment in 1919 through “Repeal Day”, December 5th, 1933. The story begins with the Temperance Movement, long before the passage of the 18th Amendment, and extends beyond, exploring the lingering consequences that Prohibition still has on American life. 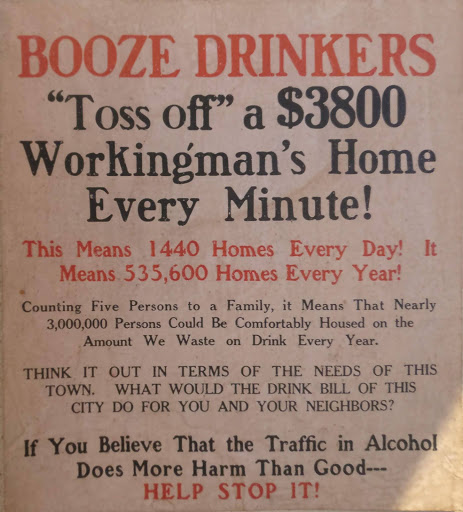 You enter the museum on a busy street front. Prominently displayed is a 1918 Model T Beer truck delivering barrels of Busch beer. Beside the truck stands a wax figure of a young man handing out fliers, the headline “Liquor Bashing Crusader Billy Sunday Tonight”. The walls of the various buildings are covered with Temperance Movement propaganda posters outlining the societal costs of liquor consumption. “If You Believe That the Traffic in Alcohol Does More Harm Than Good — HELP STOP IT!”

Also included is a collection of cartoons from the era vilifying liquor. The essence of the cartoons focuses on liquor as a path towards an early demise and declaring the purveyors of alcohol as criminals.

CELEBRITIES OF THE PROHIBITION ERA

A few of the exhibits highlight national celebrities of the age — some of the more colorful characters of the Temperance Movement. Among them were Billy Sunday, Carry Nation, and Wayne Wheeler.

Billy Sunday was a professional baseball player turned preacher. He galvanized a nation with his theatrical anti-liquor revivals.
Carry Nation was known for her “Hatchetations”’, axe-wielding attacks on saloons. Her sensational acts and shameless self promotion made her a media sensation and national celebrity.
Wayne Wheeler is known as the Architect of Prohibition. He used his political power and “pressure group” tactics to threaten elected officials and manipulate the system.
These characters and many others convinced a nation that Prohibition was good for our country.

THE DEBATE: WET VS DRY 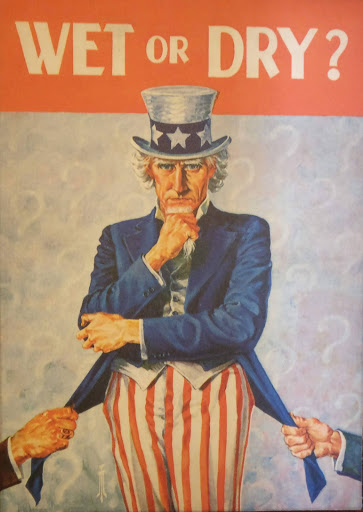 The early parts of the museum focus primarily on the Temperance Movement and the “Dry” side of the debate. There is a wall of portraits showcasing leaders from both sides of the debate. Representing the “Wet” side are portraits of Pabst, Schlitz, and Busch - names still prominent in the brewing industry today.

The portraits of Adolphus Busch and Lillian Stevens, President of the Women’s Christian Temperance Union, come alive to present arguments from both sides. Stevens argued that all our country’s problems were fueled by alcohol, which needed to be purged from American society. Busch suggested moderation instead of Prohibition and that Prohibition was in contrast to American freedom.

PROHIBITION PUTS AN ENTIRE INDUSTRY OUT OF WORK

The passage of Prohibition put an entire industry out of work and had a significant impact on tax revenue, costing the Federal government more than 11 billion dollars in lost tax revenue. The income tax was created to make up for the lost revenue.

In addition to the lost revenue government expenses increased to handle enforcement of the law and to take care of displaced workers. Prohibition put out of work thousands of brewers, distillers, coopers, farmers, distributors, truck drivers, warehouse workers, and clerks.

DRINKING LIQUOR AT HOME IS LEGAL, GETTING IT HOME AND MAKING IT IS NOT 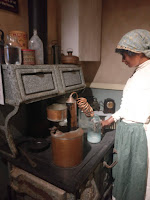 Drinking liquor at home was still legal, but the manufacture of alcohol was not. Also, transportation of liquor without a permit was illegal. This gave rise to many inventive ways to move the contra-band, such as A poetry book that opens to reveal hidden vials or egg shells that were emptied and then filled with whiskey.

Owning a still for home use was common. Making liquor at home became a family affair. Women often were the ones running the still on the kitchen stove, while children watched for the law.

One of the most well known impacts of Prohibition was the rise of organized crime from production, to smuggling, to distribution. Savannah was a hot bed of production, with is labyrinth of swampy river ways - perfect for hiding moonshine stills. Also, Savannah was a port town, where smugglers like William McCoy, the “Real” McCoy, would bring rum from the nearby islands.

One of the exhibits provides details on the gangster class. You can hold a replica tommy gun, and have your picture taken in the company of Al Capone and Bugsy Malone.

THE SPEAKEASY AND THE RISE OF THE COCKTAIL 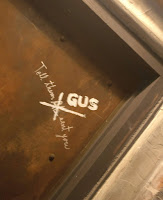 A highlight of the museum is the Speakeasy named Congress Street Up, where local period cocktails are on order, such as the Chatham Artillery Punch. A selection of mocktails are available for the younger and /or “dry” members of the group. Before you can enter, you are subject to interrogation at a slotted door. Be sure to let them know that Gus sent you.
The Prohibition era gave rise to the cocktail culture as sub-par spirits were mixed with other liquids to enhance their flavor. Popular cocktails of the era where the Gin and Ginger, the Mary Pickford, and the Old Fashioned.
Mary Pickford Cocktail Recipe

THE REPEAL OF PROHIBITION - A FAILED SOCIAL EXPERIMENT

On December 5th, 1933, President Roosevelt ratifies the 21st Amendment repealing Prohibition laws. The failed experiment was over. Wets throughout the nation celebrated the return of social drinking with raised glasses.

Senator James W. Wadsworth was an outspoken opponent of Prohibition and played a vital role in its repeal. Decorating the museum wall is a quote from the Senator:

“How the world must despise us for making such asses of ourselves.” - Sen. James W. Wadsworth

MOONSHINE RUNNERS GIVE BIRTH TO NASCAR

Moonshine runners needed fast cars to outrun the law. When your livelihood depended on outrunning the sheriff, you spent time and energy on making sure your car was the quickest. The car of choice by moonshine runners was a Ford V8. These souped up race cars laid the foundation for America’s favorite sport - NASCAR.

Among the artifacts in the room you can find a Mechanics moonshine still made of spare parts, a faux gas tank used for smuggling moonshine, and a Ford Flathead V8 hopped-up for running moonshine.

The final exhibit of the museum is a short film on the “Unintended Consequences of Prohibition”. The film explores some of the lasting impact Prohibition has had on American life today.
The loss of tax revenue, the need for increased law enforcement and dependency on government assistance from displaced workers led to an expansion of the government. The Federal income tax was introduced to offset the 40% of revenue that was lost from the brewing industry. The Federal Penal system grew by more than 400% to manage Prohibition law violations. Federal wiretapping was introduced to fight organized crime.
On the positive side, the lives of women changed dramatically. Women held prominent roles in politics during the era. In addition, women’s role in the workplace expanded. As their buying power grew, women became the target of advertising agencies.

The American Prohibition Museum presents a snapshot of a fascinating time of American history. It was a time of lawlessness, as freedom was under assault. The rebellious American nature showed itself in multiple ways - in the Speakeasies, in the Moonshiners, and in the Bootleggers.
If you have an interest in American History, or in particular the history of liquor in America, it is well worth a visit. You can learn more about the museum at their website www.americanprohibitionmuseum.com .

“The history of the United States could be told in eleven words... Columbus, Washington, Lincoln, Volstead, two flights up and ask for Gus.”

What Happens When You Finish Whiskey In Hot Sauce Barrels 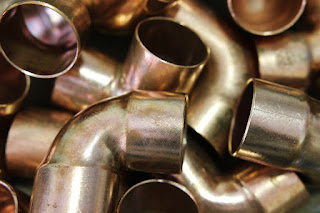